Give Your Home a New Year Refresh 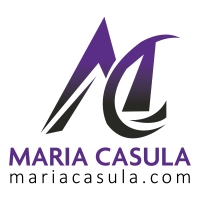 Digital Ways to Show Your Gratitude

Master the Art of Listening

How To Place Wall Decor

The Benefits of Estate Planning 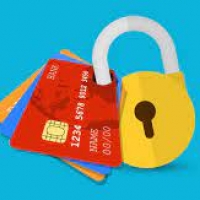 The Truth about Auditing

A New Way To Do Your Holiday Card

Bring Your Dreams To Life with a Vision Board

How to Host the Perfect Virtual Gathering

Changes to The Stress Test

Changes to mortgage stress test to make it easier for some homebuyers to qualify By Tess KalinowskiReal Estate Reporter Tues., Feb. 18, 2020timer3 min. read     Just as the Toronto housing market is gaining steam, the federal government is adjusting the stress-test rate for insured mortgages. The move is expected to make it easier for some people to purchase a home starting April 6. But some fear it could also fuel the GTA’s already... [read more]

What To Do with Your Tax Refund

OSFI Hints at Changes to the Mortgage Stress Test Qualifying Rate Steve Huebl· Mortgage Broker News Janu as·January 29, 2020   The use of Canada’s benchmark rate in administering the mortgage stress test is currently under review, according to an official with the Office of the Superintendent of Financial Institutions (OSFI). In a speech to the C.D. Howe Institute, Ben Gully Assistant Superintendent, Regulation Sector, said the use of... [read more]

Can I Be of Any Help?

10 Ways to Save More and Pay Down Your Debt

The link below gives a good example of how the CMHC First Time Home Buyer Plan works.  It is a short video but I would love to hear your opinion on this idea from CMHC and the Canadian Government to help First Time Home Buyers get themselves in the home/mortgage market.   https://www.ctvnews.ca/video?clipId=1769215&jwsource=cl     [read more]

Bring Your Dreams To Life with a Vision Board

How To Clean Your Home Naturally

Make Your Money Work For You

The Truth About Auditing

5 Reasons to Track Your Spending

How To Protect Your Information Online 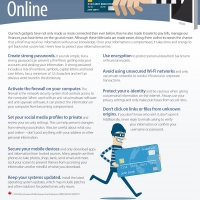 How Can I Help

How to Maintain Good Credit

Deflate in the Toronto Housing Bubble

4 Signs Toronto's Housing Bubble Has Started To Deflate HuffPost Canada  |  By Daniel Tencer It’s been more than a few years since Greater Toronto’s real estate professionals have felt disappointed with a spring selling season; in recent years the reaction has been closer to astonishment as the region hit one new record after another. But this spring is shaping up differently. Chalk it up to an unusually rainy season; or concerns about the provincial... [read more]

A different kind of mortgage with unique pros and cons: find out if it’s right for you A collateral charge mortgage is a very different kettle of fish; unlike a traditional mortgage, a collateral mortgage makes it easier to borrow against the property you’re buying without refinancing. The main advantage for many people is access to a home equity line of credit: the bank can ‘re-advance’ you cash after closing with your mortgage as collateral. This doesn’t... [read more]

New Graduated Minimum Down Payment Rules Effective February 15, 2016, the minimum down payment for new insured mortgages increased from five per cent to 10 per cent for the portion of the house price above $500,000. The five per cent minimum down payment for properties up to $500,000 remains unchanged. Finance Minister Bill Morneau announced these changes in December 2015. There had been a buzz around down payment increases for quite some time. And, given the alternative – increases... [read more]

Canadians are Delaying Home Purchase Canadians just aren’t interested in buying homes the way they used to be. That much is clear from the annual RBC Home Ownership Poll, which was released Monday. It showed that only a quarter of Canadians plan on buying a home in the next two years, down from nearly 30 per cent in 2016. It’s a trend that comes as Canada’s average home price has climbed to almost $520,000, up 3.5 per cent from a year earlier, according... [read more]

The holiday season is upon us—time for festive decorations, shopping, parties and general cheer. Make sure your pets stay safe during the busy holiday season with the following tips below. Forward this on to family and friends who have pets to ensure that they remain healthy and safe. [read more]

~~In our daily life we have such a range of emotions throughout a day.  We feel down, something in the house breaks down and you know there will be a repair bill.  We feel loved, as our kids give us big hug and says “I Love You”.  We feel sad, as we think and miss a loved one that has passed or moved away. We feel happy for something that has gone right for us in our job, but then again we become depressed as our job is not what we want it to become.  Rarely in... [read more]

In the unfortunate circumstance that a homeowner is past-due on their monthly mortgage payments, they pave the way for a “foreclosure” on their property. In today’s market, banks and other lenders do not turn to foreclosure to take away the homes of homeowners who are in arrears. Instead, they perform a "Power of Sale" which is wholly different from a Foreclosure. What is a Foreclosure? Foreclosures are laborious, grueling, and costly to both the... [read more]